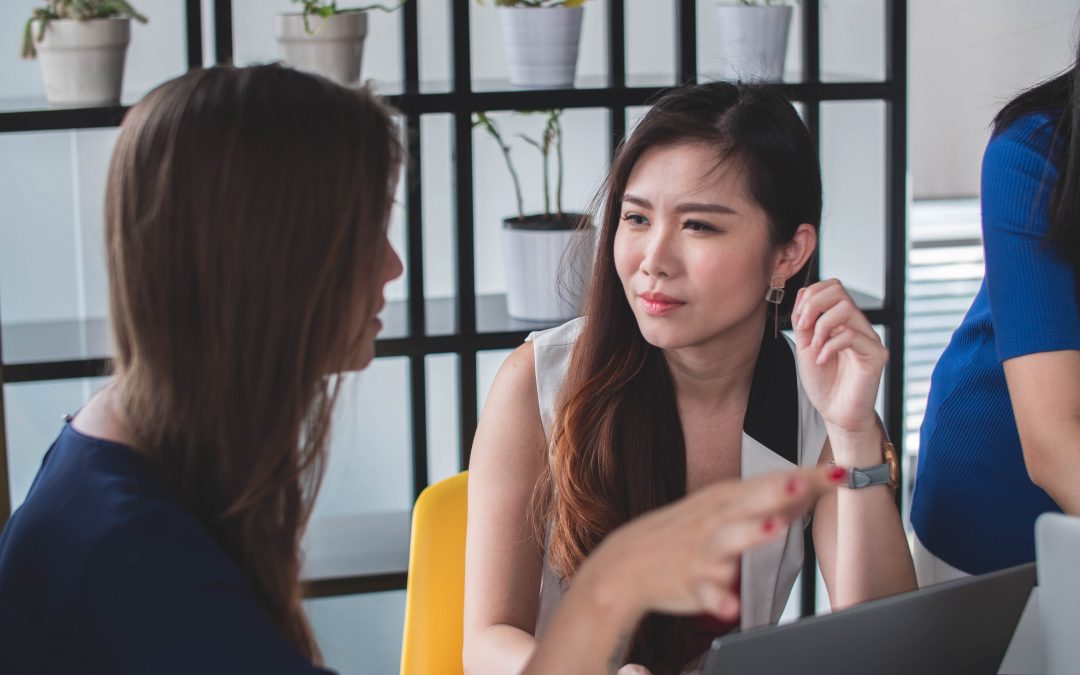 Some negotiations are sexier than others. Boardrooms, dinner tables, offices, and coffee shops are all great for everyday negotiations, and of course, the stakes can be high which always makes things more interesting. No matter how intense your conversations with your teens or team members, the average workaday influencer can’t hold a candle to true stories of hostage negotiations, surviving combat on the battlefield, or forensic interviewing to close cases.

In case you missed the podcast last week, we had the pleasure in the Persuasion Lab of being joined by certified forensic interviewer and president of Inquasive, Michael Reddington. This episode is a jam-packed hour — Michael is a seasoned pro and holds nothing back where sharing his expertise was concerned. He shares key questions of a forensic interviewer, the advantages of lying, and elegant uses of basic negotiation tactics. If you want ALL the goods, we encourage you to go check out the episode… but, in case you don’t have the time to listen to the full episode, here are the highlights.

It’s absolutely critical for your negotiation that your mind is right well before you enter the room. 80% of your time of a negotiation should be devoted to adequate preparation, and mindset is certainly a big piece of the pie.

As you’re prepping your deal, keep two things in mind:

Preparation will Absolutely Make or Break Your Deal

Truly, there is absolutely nothing that will clinch reliable negotiation wins more than adequate preparation. Not only because fortune favors the prepared, but also because your mental chatter will be minimized in the heat of the moment… meaning you can actually listen to what’s being said outside your head and respond appropriately.

Get Your Prep Tools Here

This is the question recommended by our certified forensic interviewer to guide your prep work:

Why does the person across the table NOT want to come to the agreement that I want?

Part of the prep work is always, always knowing your goals before you walk into the room. Not only in the long term, but what’s are you hoping to walk away from today’s conversation with? Is it a relationship building conversation? Time to play hardball? Are you gathering information? Knowing your goals will help you to gather the information you absolutely need to achieve them. If you’re building the relationship, gather some personal details. If it’s time to close, you’ll need to know what they need to feel comfortable signing that contract.

Whatever your goals, build out your communication strategy to facilitate easy sharing of that information from the other side.

Help People Protect Their Own Self-Image

Would you rather be publicly praised for your strengths or shamed for your faults? Obviously you’d rather be praised! You like to feel good about yourself, to avoid embarrassment and public humiliation.

So does every other human on the planet. Do your negotiations a favor and act accordingly.

Treat the person on the other side of the table like the king or queen of their castle. Avoid any insinuation (or explicit comment) that you know more about their business than they do. Instead, make opportunities to provide education.

If you’re working with a CEO on a software as a service deal, don’t jump in with figures and stats about the user facing software. They haven’t asked, and they’re removed from the user side, so may not know how to make use of the information you’ve provided, which leads to feelings of embarrassment.

Instead, say something like “If you’re like most CEOs I talk to, you’re totally slammed… In the last [x] months, how many times have you been able to check in on [outcome of interest]?” This gives the other person an out from any shame or defensiveness, and allows them to invite more information from both you and their organization.

Furthermore, while we wholeheartedly advocate the use of ‘you’ in a negotiation as a tool of empathy and active listening, be careful of your tone and the words you hang on it.

A la Sun Tzu, you never want to fully surround your enemy, because that forces a fight to the death. Of course, most negotiations we coach you through at the Persuasion Lab don’t have this literal complication, but the proverbial idea stands when you get into the issue of why people lie, and the advantages of lying in a negotiation.

What stops most folks from doing or saying something is fear of real or imagined consequences. One very real one being the possibility of public embarrassment. Being shamed is a real consequence of telling the truth at times, and can cause folks to lie not only in negotiation, but in any relationship.

Remember: people don’t lie to hurt you, but to protect themselves. While there may be unintended effects of lying, the desired outcome is to avoid a real or perceived consequence of the truth. To that end, your game isn’t to catch someone in their lies, but to align their sharing of information with their self image. Let folks give excuses about incorrect information shared or omitted. Listen in, empathize with their reason, and give them an out. One such example could sound like this: “I appreciate our last conversation, and all the information you gave me that helped me continue to uncover other important information for us to consider, especially knowing that with everything we both have going on, sometimes we can forget to share things that could become important later on in the conversation.”

The more of an out you provide, the more space you create for someone to wriggle away from dissonance and discomfort and toward your desired outcome of their own volition. In other words, you’ll be able to encourage commitment, rather than compliance. When someone is committed, the deal will be durable and the relationship stronger for future dealings. Compliance, on the other hand, has a tendency to yield resentment and poor deal durability.

For a really stunning example from Michael about how this plays out in the interrogation room, skip to 24:55 in the audio below. While working to elicit a confession, Michael builds commonality with the suspect to obtain information about the suspect’s brother, also implicated in the crimes. The twist: he shifts the narrative to having your brother’s back, rather than about being a snitch.

Get negotiation know-how delivered right to your inbox! Click here to sign up for our weekly newsletter.

Master Your Power of Influence