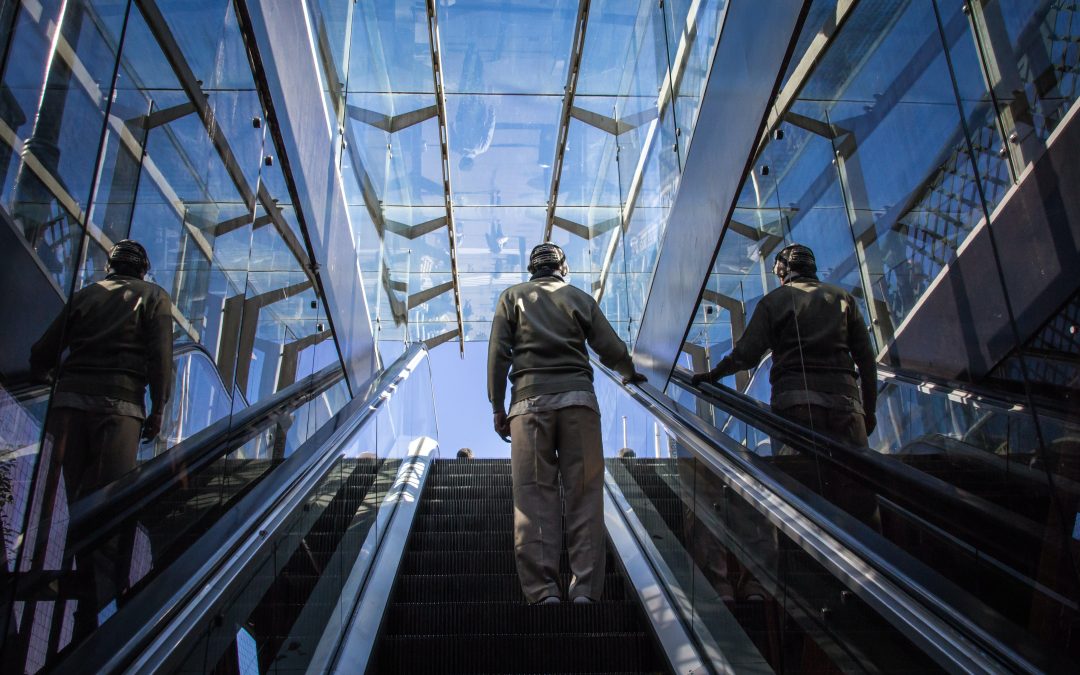 Few greater examples of the power of social proof exist than Candid Camera.

If you’re unfamiliar or you’ve forgotten, Candid Camera started as a radio show, and was first aired on TV in 1948. It consisted of all manner of (harmless yet humorous) social experiments, clips of which are now used and abused by Psych 101 teachers across the nation. There are many, many gems in the series, two personal favorites being “Only walk on the black squares” and “Don’t eat when the light is on” (by the way, both are humorous examples of the power of authority, seen or unseen, a profoundly effective negotiation tactic).

For our purposes, let’s talk about the classic episode the “Elevator Experiment.” Over the course of this experiment, 3 Candid Camera staffers get into an elevator with an unsuspecting subject. Simple enough. Then, the staffers, instead of standing facing the door of the elevator, turn to face the back wall.

The question is: will the subject also turn to face the back of the elevator?

If you haven’t watched the video before, it’s well worth the click and 2 minutes to see the subjects, one after another, confusedly look around the elevator and slowly turn (sometimes by quarters and sometimes all at once) to face the back of the elevator. And, if you’re wondering if the experiment holds up, there is in fact a 21st century update, which you can catch here.

The reason for the elevator turns is simple enough: social proof.

In other words, social proof is the fact that we view a behavior as more or less correct depending on how many other people we see engaging in that behavior in a given context.

Ergo, if everybody else in the elevator is facing backwards, so too should you be!

Another classic experiment in social conformity is the Asch conformity study, wherein one experimental participant sits at a table with 4 incognito researchers. A board is shown to everyone at the table with lines of different lengths, and each participant is asked to note which two lines match. Easy enough.

Except that when all of the incognito researchers state an obviously wrong answer, so too does the experimental participant. Social proof truly is a strong mechanism of persuasion and influence.

In the context of negotiation, persuasion, and influence, we see this play out on a daily basis, elevator notwithstanding: testimonials on sales pages, Google or Yelp reviews, laugh tracks in sitcoms, whether the mask goes over the nose, queuing in line at the grocery…

How then, can you use social proof in your negotiations?

First, remember that we’re most likely to copy behaviors of people who resemble ourselves.

This means that it’s imperative that you find some common ground with the folks on the other side of the table. Do you both have 2 kids? Love dogs? Enjoy a sausage, egg, and cheese sandwich before particularly grueling days? Figure out where the common ground lies so that you can build a bridge of resemblance.

Also, if you can, tailor your style of dress to reflect that of the other folks in the negotiation. Similarity in appearance is a subconscious means of building commonality and literal resemblance.

Next, who you bring with you matters in terms of social proof, as does your team’s layout in the room. Absolutely do not hesitate to bring any necessary experts with you to the table. Attorneys for legal issues, financial analysts for money issues, managers who will be implementing any new software or products you’re acquiring… bring the folks who know all the details about the possible fallout of any deal you’re doing.

To that end, be sure you’re leaving out folks who don’t belong at the table. Anyone who isn’t on board with your goals for the negotiation, or who doesn’t understand the plan to get there absolutely does not belong in the room.

Get the Tools for Winning Negotiation

In terms of room layout, if you have three or four folks on your team, you might consider sitting on all different sides of the room or table. This does two things — one, it creates a tangible cooperative layout. It’s not us vs them, it’s everyone at the table, coming to an agreement. Emphasis on cooperative processes unconsciously biases the ‘opposing’ party to disoproportionately focus on what you have in common… it’s a gentle application of social pressure as you go.

Second, hearing voices in agreement at different points in the room makes it look and sound like that perspective is the more socially acceptable one to take. Remember: social proof is the fact that we are wont to speak and act in the ways we see and hear others speaking and acting.

How will you build social proof into your next deal? Leave a comment and let us know — we’d love to feature you on the Persuasion Lab Podcast!

#70: The Proof is in the Pudding: How to Succeed with Social Proof

#67: Jewels, Power, and How to Win a Negotiation with Gina the Gemologist